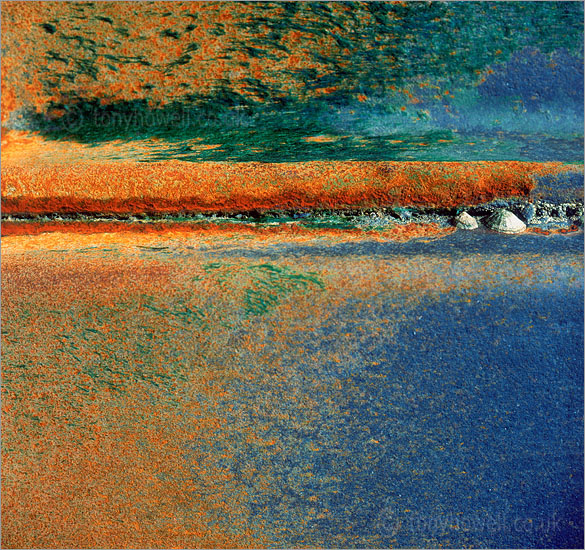 This was taken at The Cobb, that famous jetty where Meryl Streep stood in 'The French Lieutenant's
Woman' film. I have a large print of it on my wall and most people think it's a painting. I didn't have a
tripod with me when I took the photograph, meaning less is in focus than if I'd brought a tripod. This
means that the line through the middle (where the limpets are) is the only part in sharp focus, however
this makes the image stronger